Praying for those who have died: Notes from Dormition 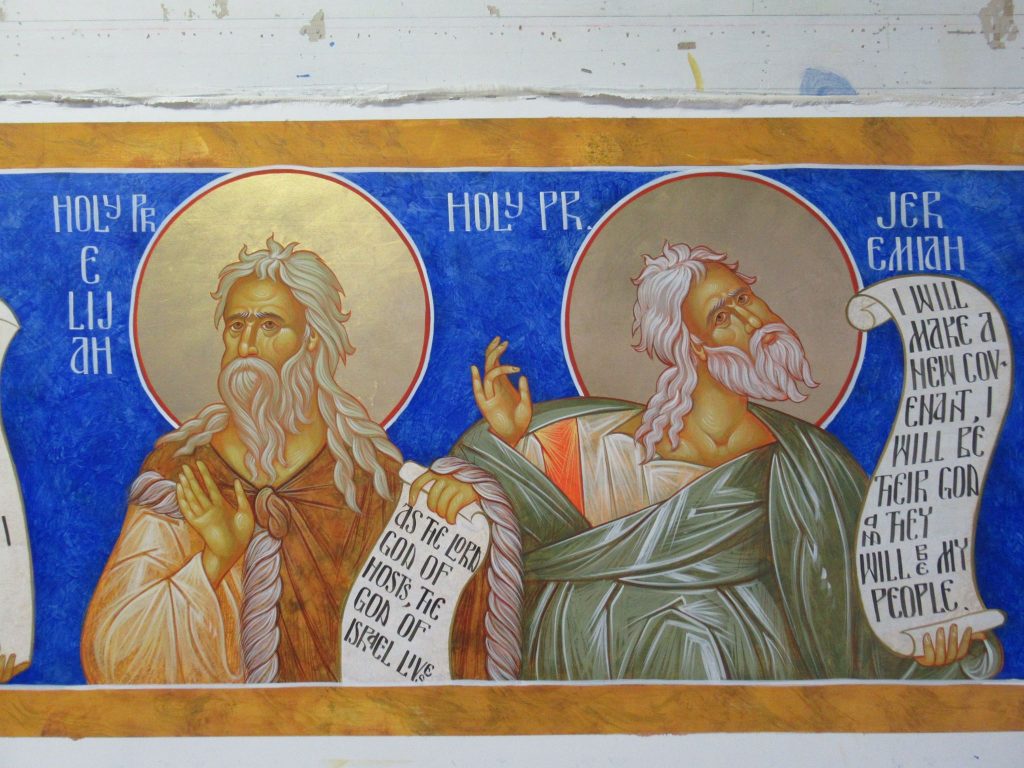 In this article, I will use my notes from the sermon delivered on the Feast of the Dormition (Falling Asleep) of the Theotokos and Ever-Virgin Mary (August 15, 2018).

My purpose here is the explore a simple question: can and should we pray for the dead? Should we address them or include them in our lives in any way? Let us explore the little-known Biblical record:

2 Chronicles 35:25 | And Jeremiah lamented for Josiah; and all the singing men and the singing women spoke of Josiah in their lamentations to this day and made them an ordinance in Israel, which are written in the lamentations.

The Israelites had remembrance services for God’s servants, which we often annual services (see commentaries on this particular text citing ancient sources).

What kind of songs were these? One example has been preserved:

2 Samuel 1:17 | Then David chanted with this lament over Saul and Jonathan his son, and he told them to teach the sons of Judah the “song of the bow;” behold, it is written in the book of Jashar. “I am distressed for you, my brother Jonathan; You have been very pleasant to me. Your love to me was more wonderful Than the love of women. 27“How have the mighty fallen, And the weapons of war perished!”

The interesting point here is that David addresses the deceased directly – although one may say rhetorically – in this hymn. This is consistent with other liturgical hymns which address the angels and saints:

NIV Psalm 103:20 Praise the LORD, you his angels, you mighty ones who do his bidding, who obey his word.

This is the mindset of God’s people: to honor, remember and we shall see pray for the departed saints, by means of recorded hymns of lament.

We now turn to what has been a controversial passage, found in 2 Maccabees. Martin Luther and the Protestant reformers (to this day), argued against the use of this text which they deemed “apocrypha / not really part of the Bible,” to a large extent because it was used to defend the Catholic teaching on Purgatory. But there are two reasons to take his text seriously. The passage itself reads:

2 Maccabees, 12, 40-46 | 39 On the next day, as had now become necessary, Judas and his men went to take up the bodies of the fallen and to bring them back to lie with their kindred in the sepulchers of their ancestors. 40 Then under the tunic of each one of the dead, they found sacred tokens of the idols of Jamnia, which the law forbids the Jews to wear. And it became clear to all that this was the reason these men had fallen. 41 So they all blessed the ways of the Lord, the righteous judge, who reveals the things that are hidden; 42 and they turned to supplication, praying that the sin that had been committed might be wholly blotted out. In doing this he acted very well and honorably, taking account of the resurrection. 44 For if he were not expecting that those who had fallen would rise again, it would have been superfluous and foolish to pray for the dead. 45 But if he was looking to the splendid reward that is laid up for those who fall asleep in godliness, it was a holy and pious thought. Therefore he made atonement for the dead so that they might be delivered from their sin.

What are two reasons to take this text very seriously? For one, 2 Maccabees is cited as sacred history (along the rest of the Bible) in the list of heroes of faith in Hebrews 11:

Hebrews 11: 35 Women received their dead raised to life again: and others were tortured, not accepting deliverance; that they might obtain a better resurrection.

Even die-hard anti-deuterocanonical apologists admit that this is a reference to 2 Maccabees 7. No amount of effort can convince the Bible student that Hebrews 11 (i.e. the New Testament) is not receiving 2 Maccabees as sacred history on par with the rest of the Scriptures.

The second argument is that even if one does not receive 2 Maccabees as inspired scripture on par with 2 Samuel or Chronicles, the fact remains that it is a reliable account of an event and what the pious Jews (‘the Old Testament Church’) believed. It is not even meant to be prescriptive (giving a commandment to follow a practice) but merely as descriptive. Nothing in the rest of the Bible contradicts this belief and practices (i.e. the beliefs of the Pharisee on the afterlife, which St Paul embraces in Acts 23).

2 Maccabees 15: 12 What he saw was this: Onias, the former high priest, a good and virtuous man, modest in appearance, gentle in manners, distinguished in speech, and trained from childhood in every virtuous practice, was praying with outstretched arms for the whole Jewish community. 13 Then in the same way another man appeared, distinguished by his white hair and dignity, and with an air about him of extraordinary, majestic authority. 14 Onias then said of him, “This is God’s prophet Jeremiah, who loves his brethren and fervently prays for his people and their holy city.”

What is the Prophet Jeremiah (long dead), doing: praying for the holy city and the people. What do the “spirits of the righteous made perfect in faith” do (Hebrews 12:23-24)? They pray/intercede, even as the angels do:

New Living Translation – Zechariah 1:12 | Upon hearing this, the angel of the LORD prayed this prayer: “O LORD of Heaven’s Armies, for seventy years now you have been angry with Jerusalem and the towns of Judah. How long until you again show mercy to them?”

In his Second Epistle to Timothy (1:16-18; 4:19) St. Paul speaks of Onesiphorus in a way that seems obviously to imply that the latter was already dead: “The Lord give mercy to the house of Onesiphorus” — as to a family in need of consolation. Then, after mention of loyal services rendered by him to the imprisoned Apostle at Rome, comes the prayer for Onesiphorus himself, “The Lord grant unto him to find mercy of the Lord in that day” (the day of judgment); finally, in the salutation, “the household of Onesiphorus” is mentioned once more, without mention of the man himself.

This is very practical indeed: theology matters? How shall you comfort those who mourn? How shall we relate – as part of the same immortal Body of Christ – with the “spirits of the righteous made perfect in faith?” Biblically and according to the apostolic teachings and practices of the Orthodox Church.