Meet the Church that gave us the Bible 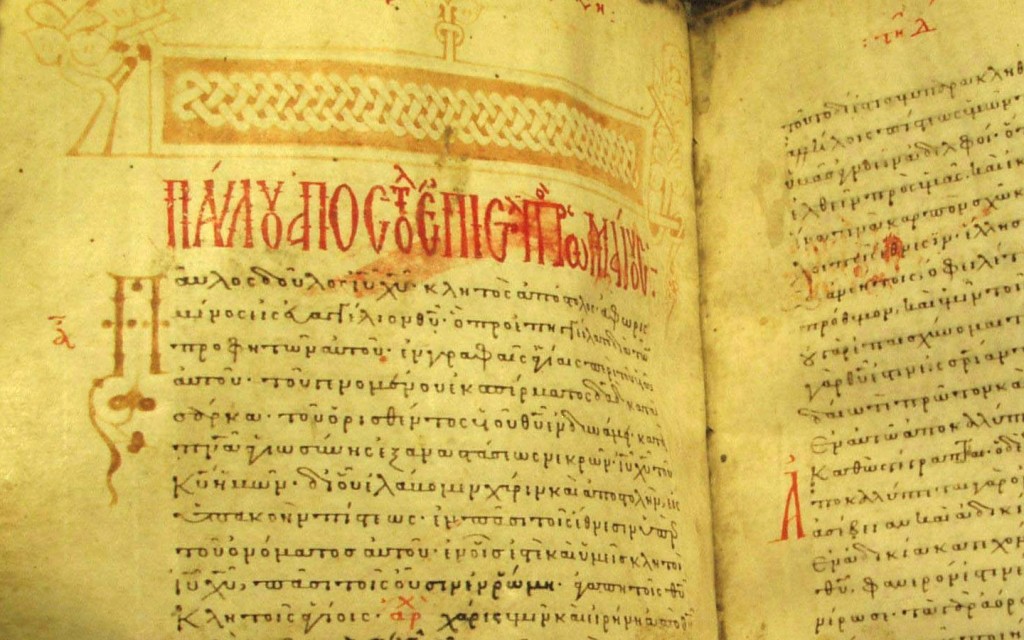 PART 1: HOW IT ALL HAPPENED

A lot people hold a Bible in their hands and never ask the most fundamental questions: where did this book come from? Who decided that 2 Peter would be in but the Gospel of Peter would be out? What about that strange book called Revelation or Apocalypse? Who in the world let that book get in there? What about the transmission of the manuscripts? Can we trust the people who copied and copied and passed on these texts?

Here is a good place to start. The year is 320 AD. That is about 275 years after the death and resurrection of Jesus. A man named Eusebius is writing the history of all that has happened within Christianity since 33 AD. This man is the bishop of the great city of Caesarea in Asia Minor. He has access to countless ancient documents and sources, including copies of many letters sent by early Christian leaders. As a bishop of a central and well connected city, Eusebius is in constant contact with other bishops from all over the Roman Empire. Anyone can read the amazing and precious book written by Eusebius with the citations from all these ancient records (it is called “Ecclesiastical History”).

The amazing part is that Eusebius admits that Christians have not yet come to a full and final agreement on what books should be in the Bible. He discusses at length the ongoing debate surrounding such books as James and Revelation.

A few years later, the Emperor Constantine invites all the bishops to gather at Nicea, to settle a major theological issue. At the same time, the Emperor commissions the same Eusebius to produce several codices (the ancient form of a bound book) for several major basilicas. Now, the orthodox Christian bishops have to come to an agreement at least on the contents of the New Testament. Finally, in 367 AD, the bishop of Alexandria, Athanasius, issues a letter to all the other churches indicating not only what the date of Pascha (Easter) will be but also that books should be in the New Testament. Think about it: 367 AD, more than 300 years after Pentecost.

So the question is simple: do we trust the men who discerned and transmitted the Bible? And if we trust them with the contents of the Bible and the preservation of the manuscripts, why not accept the rest of their teachings, since they all agreed.

Since Pentecost and through the centuries of persecutions and finally reaching 367 and beyond, the Greek-speaking Orthodox bishops (and monasteries) have copied and preserved the Scriptures for the world.

We invite you to meet the Christian community that gave the Bible to the world: the Orthodox Christian Church. The Bible is not “Greek to us,” it simply is the Book that the Lord have to the Church, in the Church, for the Church and through the Church.

In his controversial best-selling novel The Da Vinci Code, Dan Brown has a lead character say something amazing and troubling:

“The fundamental irony of Christianity! The Bible, as we know it today, was collated by the pagan Roman emperor Constantine the Great.”

True or false? And behind the controversy, isn’t there a really good question? How did the Bible come into existence? So here are…

6 little-known facts about the Bible:

Did you know that…

– The first time in history that Christians agreed on the books of the New Testament was the year 367 (Constantine was dead then). Before that, the bishops of the Christian Churches had  not yet agreed on the acceptance of such books as 2 Peter and Revelation.

– The “pillar and foundation of Truth” is… according to the New Testament itself, not the Bible itself but rather… the Church (1 Timothy 3:15).

– The Protestant Bible (for instance the “NIV”) contains 66 books, whereas the Roman Catholic Bible contains  73 books. And the Bible used by Ethiopian Christians contains 81 books. Why? Who is right? Should you care?

– The first King James Version of 1611 contained 73, not 66 books, with the extra books included between the Old and New Testament as “Apocrypha.”

– The New Testament generally does not cite from the Hebrew Masoretic Old Testament (copied by the Jews after the first century) but rather from the Greek version of the Old Testament called Septuagint. Have you ever heard about the Septuagint?

– The Bible used by the ancient Greek-speaking Churches (the ones that literally received and transmitted the Sacred Scriptures since apostolic times, think Corinth or Thessaloniki, in other words the Orthodox Churches), contains 49 + 27 = 73 books of which 66 are canonical (having universal authority) and 7 are called deutero-canonical, having secondary authority but still part of the Biblical corpus. Why are these books to be included as such? Call us and ask…

If you are wondering about the contents and meaning of the Bible, here is something to think about: why not ask the Church which gave it to the world?